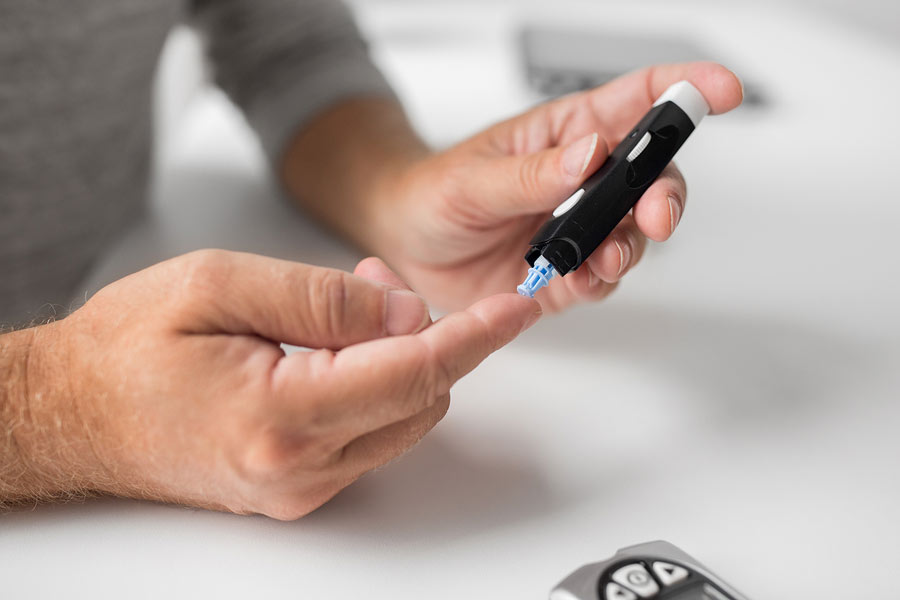 For millions of Americans with diabetes, regular home testing of blood glucose levels is critical in controlling their disease.

"The most near-normal glucose patterns you can get will have a terrific long-term impact on how well people with diabetes do," says Steven Gutman, M.D., director of the division of clinical laboratory devices in FDA's Office of Device Evaluation. But he adds, "Tight control isn't easy because it requires multiple glucose measurements."

For many years, diabetics relied on home urine glucose testing to monitor blood sugar levels. But the method was not without drawbacks. Monitoring glucose levels via the urine is problematic for several reasons: First, glucose doesn't appear in the urine until the level of glucose in the blood becomes high. Second, the point at which glucose shows up in the urine varies widely among individuals. And third, factors such as fluid or vitamin C intakes can influence test results.

By the late 1960s, manufacturers began introducing home blood glucose monitoring kits. These kits allowed diabetics to detect blood sugar levels by looking at color changes on a chemical test strip using a single drop of blood from a pricked finger. Portable meters that could electronically read the strip and provide immediate results came along in the late 1970s.

Today's monitors are small, easier to use than early ones, and most are reasonably priced at between $50 and $100.

In October 1997, FDA cleared for marketing the first portable meter that measures the blood value of glycated protein, an indicator of overall glucose control during the previous two weeks. It gives a better idea of how well a person's diabetes management plan is working than an individual glucose reading does. With the device, the glycated protein test is generally done once a week. The device is made by LXN Corp., of San Diego.

A newer device, the Duet Glucose Control Monitoring System, tests both glucose and glycated protein and sells for about $300.

In June 1999, FDA approved for marketing the Continuous Glucose Monitoring System, a first-of-its-kind device that senses glucose levels in tissue rather than blood. This is done through a tiny needle inserted under the skin at the abdomen. Though it can measure tissue glucose every five minutes and work for up to 72 hours, the device is not intended to replace the "finger-stick" method but rather supplement it. This is because the sensor provides trends rather than actual glucose levels and the patient doesn't see the glucose information while wearing the device because it is not displayed on the device's monitor. The data is stored and transmitted to a computer to be evaluated only by a doctor. So diabetics must continue to perform the usual glucose monitoring that requires a finger-pricked blood sample.

The Continuous Glucose Monitoring System is made by MiniMed Inc., of Sylmar, Calif.

Typically, diabetics have used disposable lancets (small, razor-sharp devices) to puncture the skin to obtain a blood sample. However, in December 1998, FDA cleared for marketing the first at-home laser for people with diabetes. Called the Lasette, the device is a portable battery-operated Erbium-YAG laser that pricks the skin as easily and accurately as lancets. The device is available by prescription only, and the health care provider must provide instructions on the device's use.

The Lasette is sold by Cell Robotics Inc. of Albuquerque, N.M.

Since diabetics need to check their blood glucose levels usually several times a day, it's understandable that they would like to see FDA approve a noninvasive glucose sensor monitoring device. One already developed but not yet approved uses infrared technology to measure blood glucose. After reviewing data from the device's manufacturer, the Clinical Chemistry and Clinical Toxicology Devices Advisory Panel of FDA's Medical Devices Advisory Committee decided more data were needed to ensure the device's safety and effectiveness.

"The idea of being able to test yourself without a painful prick is very attractive. It would probably increase compliance because some patients simply don't want to prick their fingers," Gutman says. "It's a very promising technology. But you have to balance technology against performance."

Gutman said the criteria the company chose to deem the device successful was not an appropriate target. The company's target was that 50 percent of readings agree (within 20 percent) with readings from the patient's finger-prick device. The panel stated that success should be defined as having 80 to 90 percent of values correlating to values obtained with finger-prick tests. The FDA advisory committee also recommended that the sponsor conduct more studies, doing them at multiple sites and involving more women who develop diabetes while pregnant and more children. Also, the committee suggested that the sponsor base the studies on specific study objectives related to performance claims, with the data sufficient to ensure safety and effectiveness.

According to a former member of FDA's Endocrine Advisory Committee, current invasive finger-prick devices are very reliable, with accuracy within 15 percent of laboratory measurements 80 to 90 percent of the time. Their biggest disadvantage is cost, since each test strip costs 50 cents, and several are often used in one day. A spokesman for Boehringer Mannheim Corp., Rick Naples, says the cost of test strips and lancets needed to perform self blood-glucose monitoring can average between $600 and $1,000 a year.

Gutman says FDA appreciates the need for noninvasive glucose monitors and is anxious to work with companies early in the development of these devices. FDA's Center for Devices and Radiological Health has implemented an expedited review program for devices whose availability is in the interest of public health, like noninvasive glucose monitors. "Such expedited reviews are given precedence over routine reviews," Gutman says.

Gutman is optimistic about future approval of a noninvasive blood glucose monitoring kit for diabetics. "I'd be very disappointed if we don't eventually see a noninvasive model in the future," he says.

Did you find this article helpful? Join us at HealingWell for support and information about Diabetes. Connect and share with others like you.

Audrey Hingley is a writer in Mechanicsville, VA. 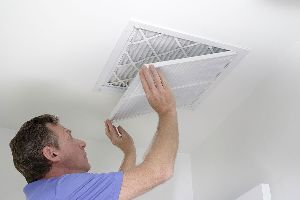 Is The Air In Your Home Allergy Proof? 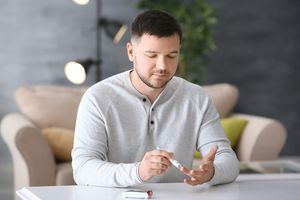