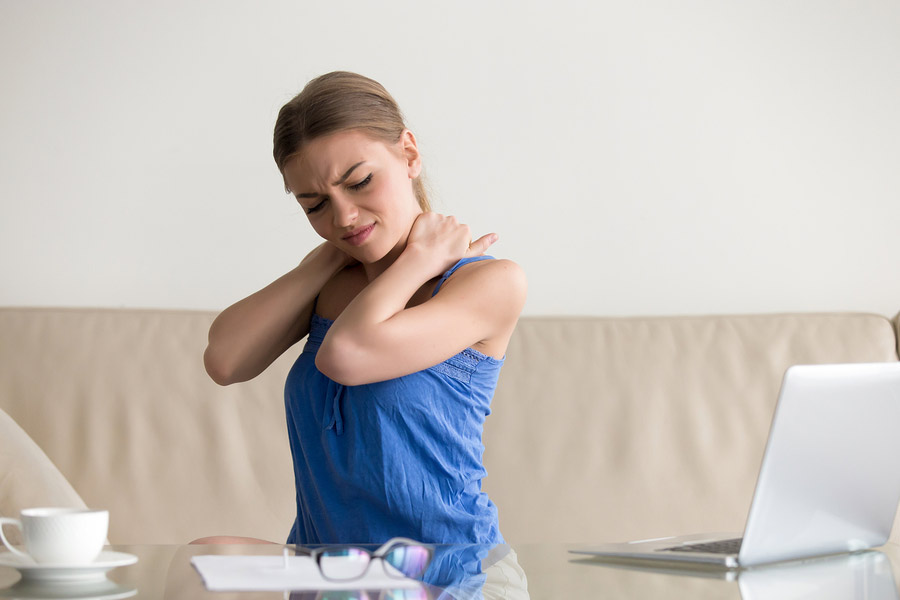 It’s been called a medical mystery, a phantom illness, and other names that make it sound less than real. But anyone who suffers from fibromyalgia can tell you that the pain of this disease is all too real.

Fibromyalgia is an autoimmune disorder that affects the musculoskeletal system. The disease affects the nerve endings in the muscles and bones. The condition is believed to affect about 3 million people in the U.S.

It causes constant pain, muscle aches, and tiredness, even in parts of the body that are healthy. People who complain of fibromyalgia also frequently report being depressed and fatigued. Because of this, many people, including doctors, have long been skeptical that it’s a real disease.

A 2010 study in the Annals of the Rheumatic Diseases found that many people who suffered from fibromyalgia avoided going to a doctor because they were afraid that they’d be accused of faking an illness.

What Are the Symptoms of Fibromyalgia?

Constant, intense pain in the muscles and joints. People with fibromyalgia say that the pain is constant. Some people experience an intense tingling in the fingers and toes. Others report throbbing pain in their joints.

Fatigue. Most people with fibromyalgia say that they feel exhausted all the time. Fibromyalgia is often misdiagnosed as chronic fatigue syndrome, another disorder that remains somewhat mysterious.

Inability to concentrate. Sufferers joke about a symptom they call "fibro fog," which refers to an inability to focus or think clearly. This could be the result of the constant tiredness they feel.

Difficulty sleeping. Insomnia is common in people with this illness. Most people with fibromyalgia say that they can fall asleep but don't get restful sleep.

Anxiety. Many people with fibromyalgia have accompanying emotional disorders like anxiety and depression. This is partly why some doctors believe that the disorder has emotional and psychological roots.

Stomach upsets. Many people with fibromyalgia report having diarrhea, an inability to digest certain foods and other gastric problems.

How Do You Know if You Have It?

If you're suffering from symptoms like those listed above, you should see a doctor. You may not have fibromyalgia, but you could have some other disorder.

Constant, chronic pain and fatigue are not normal. Your best bet is to see a physician who can diagnose you correctly. There are many illnesses that cause pain and fatigue.

How Do Doctors Diagnose Fibromyalgia?

There is no medical test that a doctor can use to definitively say that someone has fibromyalgia. The symptoms can look very much like the symptoms for other illnesses including lupus, bursitis, osteoarthritis and diabetes.

In order to diagnose fibromyalgia, a doctor would first rule out these conditions. You might be given a complete battery of x-rays, blood tests and other diagnostic tests in order to determine what is causing your symptoms.

If your doctor can't find a reason for the pain, and you have been suffering intense pain for three months, you will probably be diagnosed with fibromyalgia. 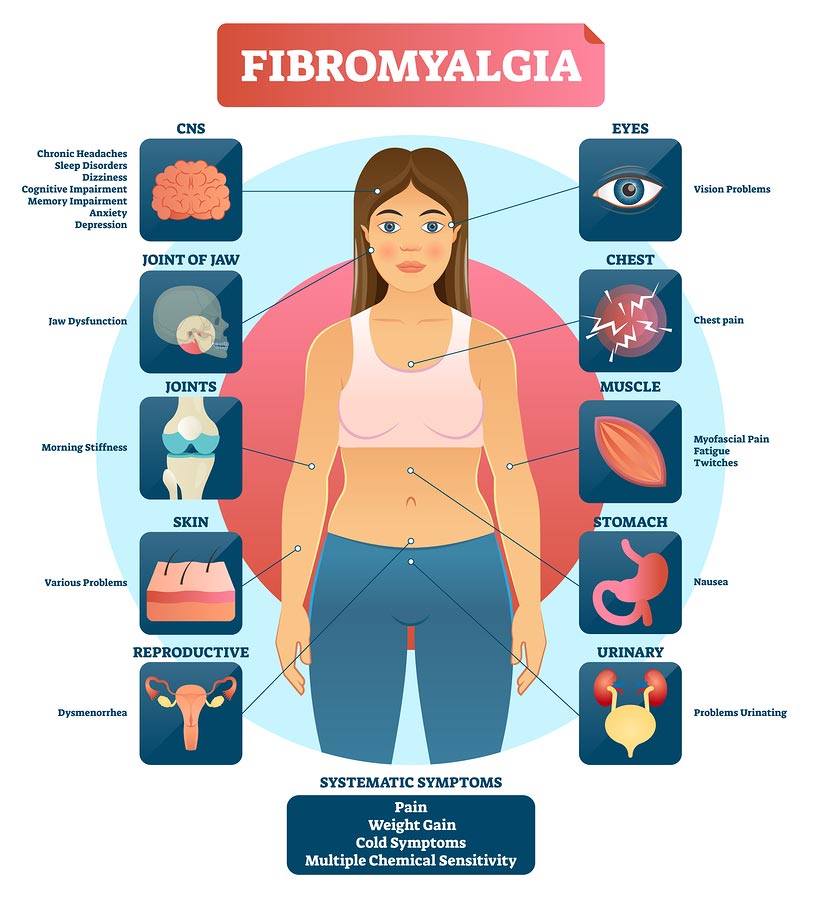 Research is still being conducted to discover the physical basis of fibromyalgia. Several studies in recent years have found that there are measurable physical differences in the nerve endings of people with fibromyalgia and those who don’t have it.

The most interesting research has found evidence of neuropathy and peripheral nerve damage, similar to the neuropathy seen in people with diabetes.

Even the researchers who conducted those studies, however, say that there’s still no definitive factor a doctor can point to as evidence of fibromyalgia. The type of neuropathy spotted in these studies is mostly small-fiber polyneuropathy, which can be linked to many other conditions like diabetes, cancer and other autoimmune disorders.

Fibromyalgia remains a controversial diagnosis, with some doctors insisting that we need to look at underlying psychological reasons for bodily pain that seems to have no clear cause.

A survey of Canadian doctors found that most of them believed that "Fibromyalgia is primarily a psychosomatic illness as opposed to a physical illness."

One thing that all doctors can agree on is that there's no cure. The only treatment currently available is to manage the symptoms. Many people who live with fibromyalgia develop coping strategies for their pain.

Who's Most Likely to Get Fibromyalgia?

According to the National Fibromyalgia Association, over 70 percent of people diagnosed with fibromyalgia are female. Some researchers are looking into a possible link between female hormones and the disorder.

There is a strong correlation between people who are obese and the development of fibromyalgia symptoms. Excess weight puts a strain on the joints that can lead to chronic pain.

Lack of exercise is a frequent precursor to symptoms of fibromyalgia. Many people find that their symptoms diminish once they start a regular exercise routine.

People who experienced severe trauma of some kind often report lingering pain, long after the original trauma has healed. In the past, this was sometimes called "phantom limb," referring to the way certain people insisted that they could still "feel" an amputated limb. Some people with fibromyalgia had broken limbs or other physical trauma.

Having a history of emotional trauma or post-traumatic stress disorder. If you've suffered severe abuse in the past, the lingering shock and emotional trauma can often show up as physical pain. Some people who are skeptical of the fibromyalgia diagnosis believe that fibromyalgia is a form of psychosomatic pain caused by PTSD.

Is There a Cure for Fibromyalgia?

There is no cure for this disorder.

The disorder is still not well understood, and many doctors still don't believe it is a true physical illness. Researchers have not yet determined if is part of another underlying condition.

With no cure in sight, people with fibromyalgia rely on treatments and therapies that help them cope with their symptoms.

There is evidence that lifestyle changes can have a positive effect on fibromyalgia symptoms. These changes include losing weight, quitting smoking and reducing alcohol intake.

There are numerous support groups for people with fibromyalgia. Some of these are national organizations like the National Fibromyalgia Association. Others are sponsored by hospitals and research clinics.

In addition to these in-person resources, there are many online support groups and discussion forums where people with the disorder share their news, information and pain-management advice.

Cognitive-behavioral therapy (CBT) is a type of therapy that focuses on making immediate, practical changes in your life. It has proven effective for behavioral problems like overeating, depression and procrastination.

There is evidence that it can also help people manage the chronic pain that accompanies fibromyalgia. It has especially been helpful for people who suffer from depression and anxiety as part of their symptoms.
Exercise

Although many people with the disorder find movement painful, research suggests that they should be moving as much as possible. Many studies have found that frequent exercise is one of the best ways to combat the aches and pains of fibromyalgia.

For instance, a study published in the Journal of Pain found that people with fibromyalgia who exercised regularly experienced a significant drop in their pain levels.

Exercise helps joints become looser and sends blood flowing to the muscles. It helps you become more flexible overall. If you are suffering from fibromyalgia syndromes, starting an exercise routine can help. You may have to start small, but any movement will be effective.

A healthy diet is just as important for people with fibromyalgia as it is for anyone else. Nutritious food helps the body heal.

People with any chronic condition frequently find that regular, focused meditation can help them cope better with pain and fatigue. Meditation allows for better concentration to fight the effects of "fibro fog." It also helps you to stay focused on lifestyle changes like diet and exercise.

Some people with fibromyalgia find that they get relief from alternative therapies including:

Hope on the Horizon

Whether you believe that fibromyalgia has psychological, emotional or physical causes, the fact remains that it causes real physical suffering. There haven't been many effective treatments for this disorder, but new developments provide hope for people suffering from it.

If you're concerned about long-term, chronic pain, your first step should be to see your doctor. The right treatment begins with the correct diagnosis.

Did you find this article helpful? Join us at HealingWell for support and information about Fibromyalgia. Connect and share with others like you.

Sharing Our Stories Of Fibromyalgia 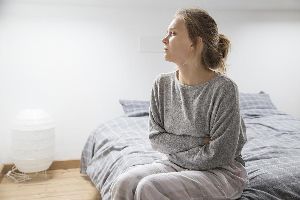