Supporting A Spouse With Psoriatic Arthritis 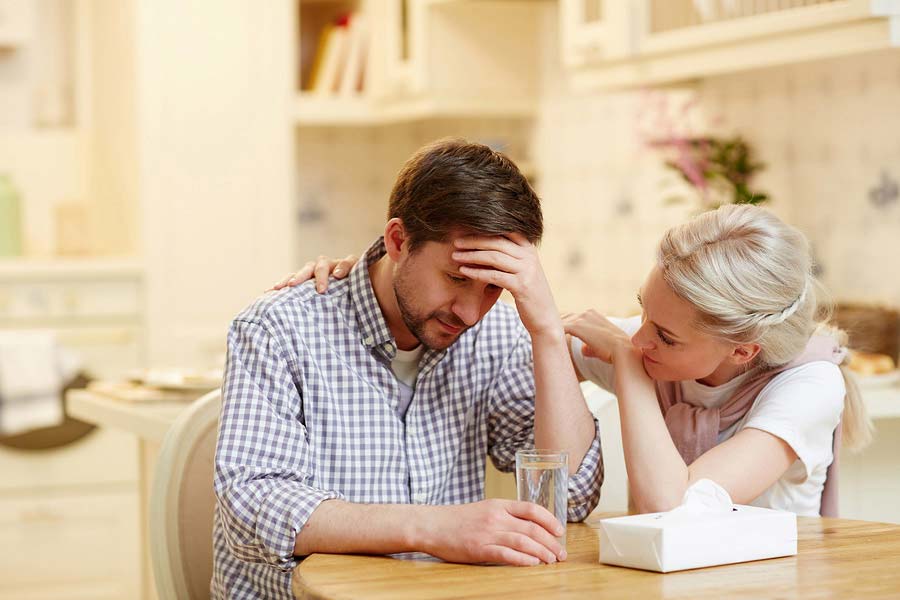 In February of 2008, my husband, David, was diagnosed with Psoriatic Arthritis. We'd never heard of Psoriatic Arthritis until that day. I didn't even know how to pronounce it. David had suffered from back pain since high school, but doctors had always attributed it to sports injuries and given him muscle relaxers. When the pain started spreading to other joints, he demanded an x-ray of his spine during a physical. Our family doctor, after looking at the x-ray and blood work, referred David to a rheumatologist.

The rheumatologist was very optimistic about David's case. He said that we'd caught it early, and that David would soon be in remission. He sent David for more x-rays and bone scans, and started him on several different medications. I was not worried at all. David had a diagnosis, and medication. He would be fine!

Unfortunately, David continued to get worse, until one year after his diagnosis, he experienced the first flare that left him bedridden. It was over the weekend, so we couldn't see the rheumatologist. David couldn't stand up straight. I had to bathe him. It was also the weekend of my birthday.

On Monday, the rheumatologist saw David, and said that the medication David was taking doesn't help the spinal joints. He recommended Humira, a biologic.

I was outraged that he would treat David for a year without telling him the medicine wasn't right for arthritis in the spine. Our health insurance wouldn't cover the Humira, and the rheumatologist said, "It's Humira or nothing." He refused to work with us on other treatment options since we couldn't afford to pay $1500 a month for Humira.

We switched to another doctor in the same practice. We started looking into alternative medicine. Chiropractic care, massage therapy and acupuncture were very beneficial for David. David tried exercise and dietary changes. We tried to sell our two story house so we could move into a one story, because climbing the stairs was difficult for David. But that was just when the housing market was at its worst. We still own the two story house.

I was blessed to be a homemaker during this time. Psoriatic arthritis was my life. Being a caregiver is a full time job. I was preparing special meals, scheduling appointments, taking David to his appointments, calling the insurance company and researching treatment options. Oh, and then there was all the regular stuff at home like laundry and cleaning. I managed all the chores at home. David couldn't trim trees or take out the trash.

During one of my physicals, my doctor encouraged me to reach out to other young people struggling with chronic illness. He took the time to talk with me about how David's psoriatic arthritis was affecting my health. I couldn't find people like us in real life, so I went online and found several great resources and new friends.

I should mention our family and church friends here. We were incredibly blessed to have a loving support system during our darkest days. People brought food, prayed for us and helped us rebuild a retaining wall when our house was on the market.

Then one day, Abbott, the Humira manufacturer, called to ask us why we had never used the Humira discount card the first rheumatologist had issued to us. I explained that even with the discount, we still couldn't afford to pay for the Humira. After they learned our insurance didn't cover biologics, they informed me that they might be able to provide David with free Humira. We filled out a lot of paperwork, showing we had extremely high medical costs.

I will never forget the day I got the call. I was in a Cracker Barrel restaurant with my mother. As we'd entered the restaurant, we saw that they had Coca-Cola cake, David's favorite. Mom had said we should get a piece to-go for him. My phone rang while we were waiting for our meal. As I was on the phone with Humira, arranging the first shipment, jumping for joy, my mother called David to let him know he'd been approved. She then bought a whole cake for us to take home to celebrate. David began taking Humira in September of 2009.

David's psoriatic arthritis went into remission around December 2010. He still has some pain every day, but he no longer has flares that leave him bedridden. He is off of all his medications except Humira. We don't know how long the remission will last. He could go back to flaring every time the weather changes. David will probably never play racquetball or wakeboard again, but we are so thankful he can walk the dog a few times a week. We can go to the movies once in a while, and David can play with his nieces and nephews.

Being a caregiver or "well spouse" has completely changed my life. I don't have any special tips or tricks to offer other people dealing with chronic illness, except to pray. As a Christian, my faith sustains me, and I know that God is good, all the time, even when David is bedridden.

Did you find this article helpful? Join us at HealingWell for support and information about Arthritis. Connect and share with others like you.

Ashley Young is a Christian housewife that drinks way too much Diet Coke. She and David have been married for four years, and love to spoil their dog, Henry. Ashley blogs extensively about her life as a well spouse of someone with chronic illness. 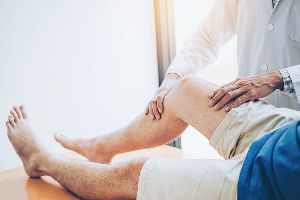 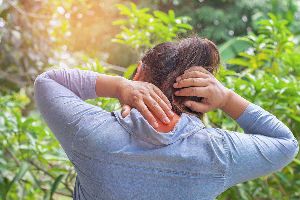 How To Find The Right Mattress For Your Arthritis