If you have Crohn's Disease, chances are you have been dealing with some pretty miserable symptoms for a while. The abdominal cramping, diarrhea and fever that come on suddenly bring life to a standstill. Even though it may seem like a scary diagnosis, given that there is no cure for the disease, there are viable treatment options that may keep the symptoms of the condition from disrupting your life. Explore the ins and outs of Crohn's Disease, so you get a better sense of what is going on in your body.

Crohn's is a form of inflammatory bowel disease (IBD) that can affect any portion of the digestive system and tract from your mouth to your anus. It causes severe inflammation and pain along the tract. If found in the bowel, the disease embeds itself deep into the tissue. It is here where some of the most severe symptoms and pain originate.

Many aspects of Crohn's make it both difficult to diagnose and manage. Take a closer look at what may have caused your diagnosis in the first place. 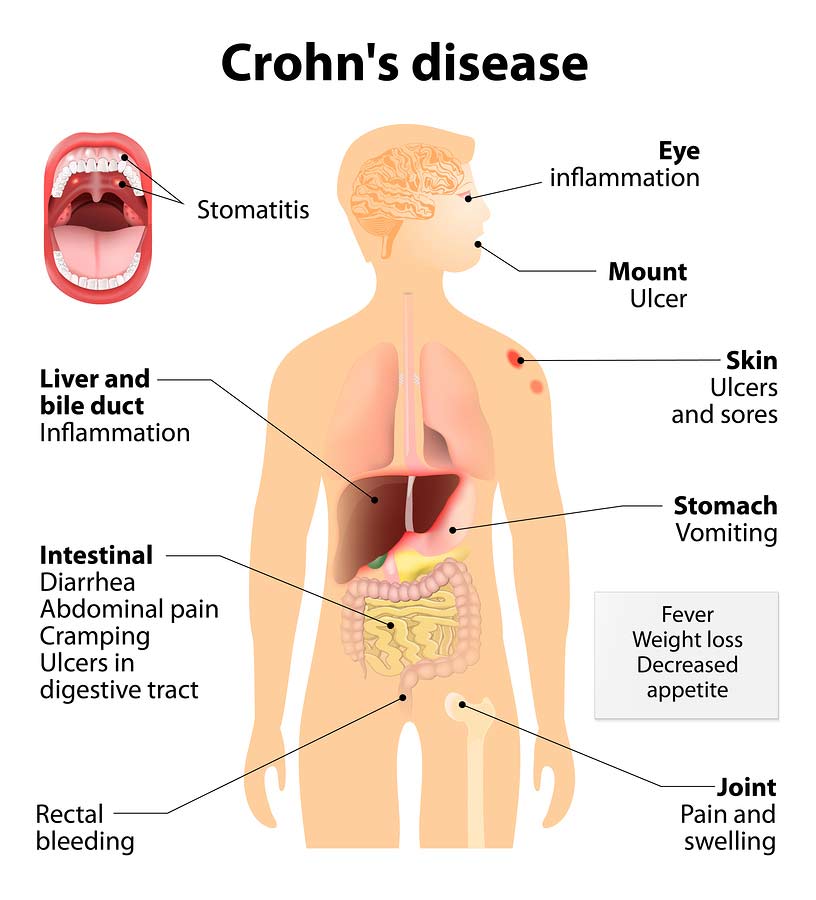 The Main Causes of Crohn's

Medical science has made a plethora of advances in the last century. It marches forward with every breakthrough and discovery, helping many afflicted with what was once an unknown or incurable illness better. In the case of Crohn's Disease, research has discovered many things except what causes it. There are and were many theories about the root of the condition. While they haven't been disproven, they haven't necessarily been proven either.

Initially Crohn's was thought to be caused by diet and stress. While physicians now know these two factors play a part in activating the disease, they are not the leading causes. It is more likely the condition has more to do with a misfiring immune system and genetics. People with family members dealing with the disease may find themselves with the same diagnosis. However, this does not mean that everyone who has Crohn's Disease got it through their family tree.

The immune system is the body's defense mechanism. It is activated when the brain sends a distress signal that a wound has occurred or that a possible virus or bacteria has entered the body. The white blood cells report to the scene and go to work repairing an injury or attacking the foreign body. Some people have an immune system that malfunctions, causing it to attack the body. A leading theory among scientists who study Crohn's Disease is that while some bacteria kicks off the disease, the body's immune system malfunctions while trying to fight it off and erroneously attacks the walls of the digestive tract.

There are common risk factors that seem to align with a diagnosis of Crohn's. These may include:

Common Symptoms of the Disease

Before your diagnosis, you may have believed you had fits of IBS or irritable bowel syndrome. The two conditions mimic each other in the way they present. Before your diagnosis, you likely had intense, painful digestive issues that came on suddenly and lasted anywhere from a few hours to a few days. IBS attacks only last a few hours and do not involve the development of lesions or ulcers along the wall of the bowel. IBS is also centered in the colon and does not go beyond.

These may have been some of the symptoms that brought to the doctor in the first place. Unfortunately, when the disease flares up, these will reoccur.

It probably isn't a surprise that your doctor did not make a diagnosis based on a Crohn's Disease test. That's because such a test does not exist. By listening to your symptoms and history, the doctor may have suspected IBD as the culprit. The doctor eventually arrived at the diagnosis based on many factors. First, there are tell-tale signs in the blood work you went through, including things like a decrease in red blood cells and elevated levels of specific proteins.

Next, you may have undergone X-rays, MRIs and other imaging studies to get a glimpse inside your body. Since Crohn's can infect any portion of the digestive tract, from the anus to your mouth, there is a lot of investigating to do. To hone in on the specific area, you may undergo a colonoscopy, which gives the doctor a very close look at the inner workings of your colon. The camera can identify possible areas on the walls of the colon where sores or ulcers have developed.

After your diagnosis, your doctor will recommend a variety of treatment options. Coming up with the plan that works best in minimizing future flare-ups may consist of some trial and error.

Medication is dispensed that will help reduce the inflammation in the bowel. You may have some medicine that you take routinely and other drugs you take during a flare-up. Doctors prescribe treatment courses based on the body's reaction. Some doctors may prescribe periods of bowel rest. This involves fasting and only getting the nutrients your body needs through an IV or a feeding tube. As the disease progresses, these periods of bowel rest may become more critical. People with a diagnosis of Crohn's are likely to require surgery at some point to repair or remove severely infected parts of the bowel.

Some foods can help manage Crohn's and others that may trigger a flare-up. Unlike other people, if you have Crohn's, you should stay away from foods that are high in fiber. This is a critical component in helping the digestive tract remain regular. However, people with IBD have a compromised bowel, and it is unable to handle and process a high amount of fiber. Thus, it often leads to a flare-up.

Along with fiber, whole wheat and whole grains should be avoided or eaten in smaller amounts. Protein-rich foods should be evaluated for the effect they have one your body. Sometimes, they can cause inflammation in the stomach.

Foods high in fat should be avoided or minimized. Fried foods and those high in sugar seem to play a part in activating the disease.

When experiencing a flare, it is best to eat bland food like white bread and white rice. These can help ease the stimulation of the bowel and give it time to rest.

There is no cure for Crohn's Disease, but through treatment, you may live a life free of symptoms for many years. Even when the disease is active, sharing the experience with your doctor and trying different interventions and methods to manage it may give you another piece of the puzzle. You can lead a relatively normal life with this type of disorder if you do your best to minimize flares and continue on the medication regime as prescribed by your physician.

Did you find this article helpful? Join us at HealingWell for support and information about Crohn's Disease. Connect and share with others like you. 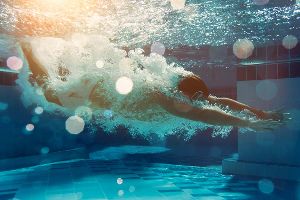 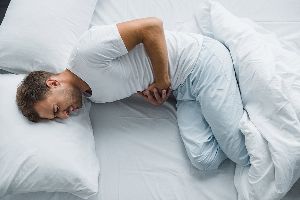