There was much talk in the news about Parkinson's disease, after it was discovered that Michael J. Fox was diagnosed with this disorder. Parkinson's disease is characterized by tremors of the hands, chin or lips, with other symptoms including stiffness of movement, a shuffling walk and difficulties in performing simple tasks.

Parkinson's disease is a slowly progressive disorder where small groups of nerves cells in the mid-brain degenerate. In health these cells release an essential neurotransmitter called dopamine. As the production of dopamine diminishes, information transmitted on these neural pathways becomes distorted and garbled, thus creating the characteristic symptoms.

For years, the underlying cause of Parkinson's disease has eluded scientists. Today, while not totally conclusive, it is believed that metal toxicity and oxidative stress of brain tissue set up the proper atmosphere to set the stage for this type of brain cell degradation and the development of Parkinson's disease.

Studies have shown that Parkinson's disease patients have low levels of natural antioxidants, which protect us from free radicals. Free radicals are unstable oxygen molecules that are missing an electron. These molecules tent to bind with other molecules in the body, which can damage any and all of the cells in the body, including the nerve cells of the brain. It is also believed that high levels of iron add to the free radical reactions.

It has also been reported that individuals with high levels of sugar intake, including refined sugars, white flour and white rice, increase the risks of developing this disorder.

While there is no know cure for Parkinson's disease, there are a number of things one can do to help reduce your risk of developing this disorder.

1. Antioxidants, including Vitamin C, E selenium and beta carotene have been shown to offer protection against Parkinson's disease as well as to slow down the progression of an existing condition.

3. Phospholipids, such as lecithin help promote the secretion of glandular hormones and mental alertness.<

6. Herbs such as skullcap, passionflower and valerian have been found to help reduce the symptoms of tremors and rigidity.

7. Incorporate a diet of fresh fruits and vegetables.

8. Avoid or reduce exposure to metals such as aluminum, iron, manganese, cadmium, copper and mercury, including the mercury found in dental fillings.

9. Stress has also been found to aggravate Parkinson's disease. Look for ways to help reduce stress, including meditation, biofeedback, exercise and rest.

10. If you are currently taking L-Dopa, a low protein diet should be consumed, eating only one small protein meal nightly, Not with medications.

11. If you are taking Levodopa, DO NOT take Vitamin B6. This combination is contraindicated.

Did you find this article helpful? Join us at HealingWell for support and information about Parkinson's Disease. Connect and share with others like you.

Dr. Rita Louise is a Naturopath, Medical Intuitive, Clairvoyant, Vibrational Healer, teacher and Lecturer. She is also the author of the book entitled "The Power Within". Visit the author's web site at https://www.soulhealer.com. 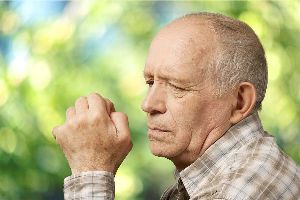