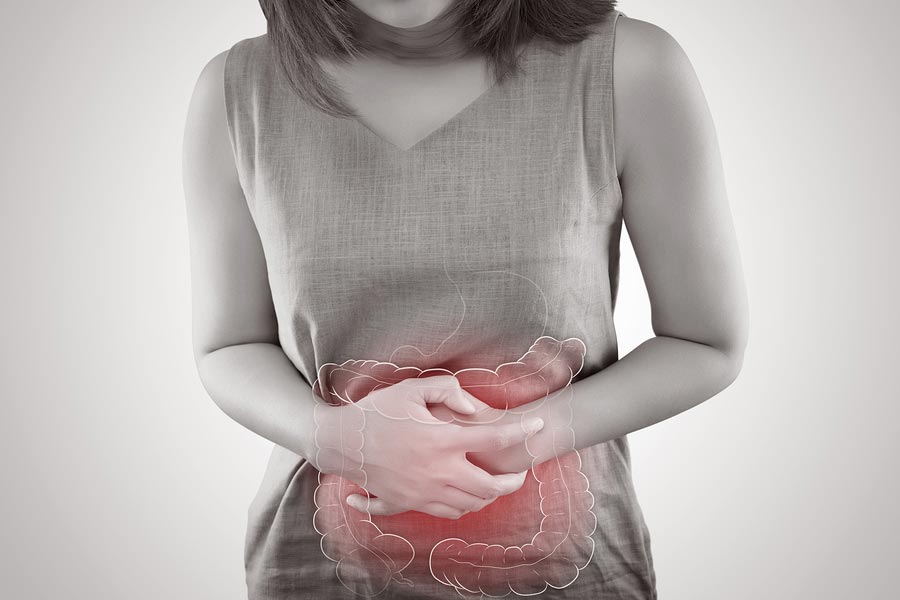 Irritable bowel syndrome (IBS) is a problem that affects mainly the bowel, or large intestine -- the part of the digestive system that makes and stores stool. The word syndrome means a group of symptoms, and IBS is a syndrome because it can cause several symptoms, such as cramping, bloating and gas. Some people with irritable bowel syndrome have constipation; others have diarrhea, and some experience alternating bouts of each.

How The Colon Works

The colon, which is about six feet long, is the connecting link between the small intestine and the rectum. The major function of the colon is to absorb the average of two quarts of water and salts that enter the colon from the small intestine each day.This material may remain in the colon for several days until most of the fluid and salts are absorbed into the body. A few times each day, strong muscle contractions move down the colon, pushing fecal matter ahead of them. Some of these strong contractions result in a bowel movement. Colon contractions are controlled by nerves and hormones and by electrical activity in the colon muscle. The electrical activity serves to regulate the rhythm.

Through the years, irritable bowel syndrome has been called by many names -- colitis, spastic colon, spastic bowel and functional bowel disease. Most of these terms, however, are inaccurate. No link has been established between IBS and inflammatory bowel diseases such as Crohn's disease or ulcerative colitis. Irritable bowel does not lead to cancer, damage the colon or lead to intestinal bleeding. The cause of irritable bowel syndrome is not known, and although there is currently no cure, it is treatable. "IBS is not a disease. It's a functional disorder, which means that the bowel doesn't function as it should. The colons of patients with IBS appear perfectly normal, with no signs of injury or disease," said Mitchell Bernsen, MD, a gastroenterologist affiliated with Condell Medical Center in Libertyville.

If you describe symptoms similar to those outlined here, your doctor most likely will suspect that you have IBS. His next step would be requesting a detailed medical history, administering a physical exam, and possibly ordering medical tests to make sure you don't have any other disease that could cause similar symptoms. A medical workup for IBS may include blood tests, X-rays of the bowel (called a barium enema or lower GI series) or a colonoscopy, in which the doctor inserts a thin tube into your bowel. The tube has a camera in it so the doctor can check for problems inside the bowel. If the tests come back negative, you most likely have IBS, which is treatable with dietary changes, medicine and stress relief.

Foods that tend to cause IBS symptoms include milk products, chocolate, alcohol, caffeine, carbonated drinks and fatty foods. In some cases, simply eating a large meal will trigger symptoms. To find out which foods are problematic for you, write down everything you eat for several days, noting any symptoms you experience afterward and when they occur. Take your notes to the doctor, who can advise you about which foods to avoid. "High-fiber foods reduce IBS symptoms -- especially constipation -- because they make stool soft, bulky and easier to pass. Fiber can be found in bran, bread, cereal, beans, fruit and vegetables," said Dr. Bernsen. "Add high-fiber foods to your diet a little at a time to give your body a chance to get used to them. An additional way to get more fiber is by taking a fiber pill or drinking water mixed with a special high-fiber powder such as Metamucil or Citrucel." Large meals also can cause cramping and diarrhea. If this happens to you, try eating four or five small meals a day. Or have your usual three meals, but eat less at each meal.

If necessary, your doctor also might give you medicine to help with your symptoms: laxatives to treat constipation, antispasmodics to slow contractions in the bowel or antidepressants to relieve severe pain by relaxing the bowel. If stress triggers your symptoms, learn to reduce it through meditation, exercise and/or counseling.

Did you find this article helpful? Join us at HealingWell for support and information about Irritiable Bowel Syndrome. Connect and share with others like you.

Carla Esser Lake is a writer in Libertyville, Illinois. 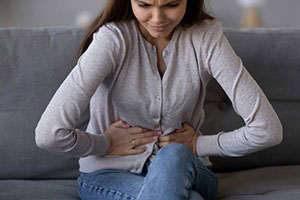 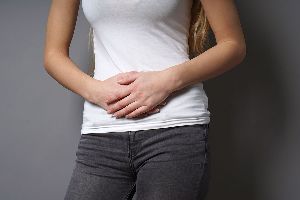 Do I Have Irritable Bowel Syndrome?