Wherever You Are, Be All There

When the seasons change I tend to get nostalgic, reflecting on the season past. What was memorable? Did I make a difference? Will I remember what happened five or ten years from now? There is no right or wrong answer. Some things I will always remember, some things I hope to forget. This Summer was no different.

Usually Summer approaches with expectations of spending endless days in the warm sun (which relieves my Fibromyalgia and Sjogren's Syndrome symptoms), relaxing by the pool as kids play and splash in cool waters to their heart's delight. I said that's the "expectation", not what really happens. Still those hopes were dashed in early March as I sat in my orthopedist's office. He had just told me that I had a rare stress fracture in my femur, probably from running too hard with a calcium deficiency.

But this wasn't a typical fracture. It had cut off the blood supply to the bone resulting in osteonecrosis. If I didn't stop putting weight on my leg immediately, I was risked a complete collapse of the bone and could face a knee replacement. His prescription was 3 months of no weight bearing on crutches and 5 months in a leg brace, along with therapeutic doses of Vitamin D and Calcium. The first words out of my mouth were "You're kidding, right!?!"   The look on his face wasn't reassuring. When you see your doctor grimace and groan as he looks over your MRI pictures, you know it's not gonna be good.

The next two months were very painful. Going no weight bearing on crutches caused my Fibromyalgia to flare up. My muscles seemed to fight back every time I got on crutches. Medications suddenly became ineffective against what felt like my body breaking down.  Some days I just sat in my recliner and didn't go anywhere. It was uncomfortable but better than the pain induced by actual motion. I watched helplessly out the window as Spring turned into a what looked like a Summer of perpetual let downs and setbacks.

Adding to my growing sense of failure, I lost all momentum on my so-called journey to health. In the past year I had logged almost 200 miles running and felt healthier than I had in years. I reconnected with my body and felt, dare I say, "almost normal". I was running my third 5k race when I fractured my leg. I had earned my new found wellness, how dare this happen to me now?

"I don't know how you did it, but you're fracture is healing better than expected," said my doctor at the end of May. It was a miracle. I had beaten the odds. Not because of anything I did, I just tried my best not to move much at all. I ditched the crutches but still faced a Summer of limited activity with a leg brace and my Fibromyalgia in full flare mode.

I set my sights on a trip I had planned in June with my teenage son and his youth group to float down the Green River in Southern Utah. I hadn't planned on going, but I figured spending 5 days floating down a river and sitting around a campfire couldn't make things any worse. It was a wise decision. There's something about Nature's desert cliffs and endless red rock sunsets that heals a broken spirit. They healed mine. Making memories in the desert heat and cool river waters with my 15 year old son, who won't be home too many more Summers, was priceless. If your heart ever needs healing, find a place like this.

By the end of July, my leg had healed enough to be free of the brace.  I was unsteady and 15 pounds heavier than I'd been 5 months earlier. I also faced the daunting challenge of starting over and getting in shape again. It's harder the second time around, probably because I know how hard it was the first time.

Summer has come to an end and snow now caps the Fall mountains out my window. It won't be long before the white stuff drops into the valley. When it does it will coat Summer memories of pain, hope, healing, renewal, and love. Some of them will be buried in the drifts, while others will occasionally rise above the surface.

Did you find this article helpful? Join us at HealingWell for support and information about your condition. Connect and share with others like you. 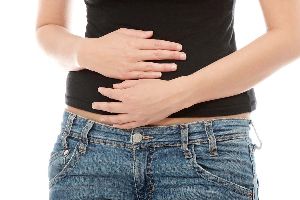 Ambushed From Within: Ulcerative Colitis - The Other IBD 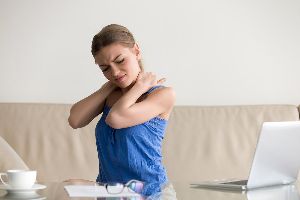